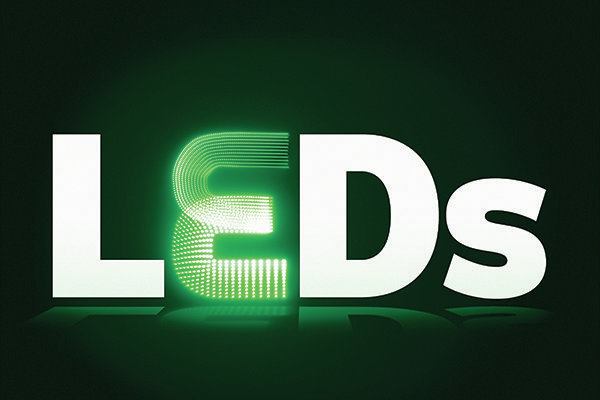 The onset of LEDs in lighting has brought manufacturers and designers back to the drawing board to discuss an age-old problem.

From headaches to underexposed photographs, the consequences of flicker can manifest in many ways. Though the lighting industry has readily adopted solid-state lighting as the energy-efficient source of today and tomorrow, it has generally fallen short in addressing the causes and effects of periodic modulation in LEDs. If left unchecked, flicker can lead to a host of problems that can ruin an otherwise well-designed luminaire or space. Understanding the basics behind the issue will help architects and lighting professionals avoid the annoying and even harmful effects of oscillating light.

In its simplest definition, flicker is the constant fluctuation of light output from on to off. Because electricity is delivered through alternating current (AC) at a power line frequency of 60 hertz in the U.S., the voltage delivered to a source bounces between on and off as it rides the sine wave between the positive and negative poles. As a result, the potential flicker frequency is twice the power line frequency, or 120 hertz. Without the proper electronic circuitry—such as a ballast, driver, or capacitor—a source will flicker.

Flicker can be intentional, as in the case of oscillating bicycle headlights. “There are degrees of flicker that no one notices and are not neurologically a problem, and [there are] degrees that really are a problem,” says Naomi Miller, lighting designer and senior scientist with the Advanced Lighting Team at the Portland, Ore.–based Pacific Northwest National Laboratory (PNNL). The lighting industry, she says, is “concerned about certain [frequency] ranges that can cause neurological problems in individuals or can affect task performance.”

The stroboscopic effect can make objects in motion appear stationary or slow moving. Humans can perceive light oscillation at frequencies slower than 50 hertz, although some people notice it up to 100 hertz, says Nadarajah Narendran, director of research at the Lighting Research Center (LRC) in Troy, N.Y. Slow frequencies, of approximately 3 to 70 hertz, can cause seizures in highly sensitive individuals, while moderate flicker frequencies, from about 100 hertz to as high as 500 hertz, can lead to indirect perception of stroboscopic effects, in which objects in motion can appear as a series of still images. But what may be desirable in a dance club can be dangerous in an industrial setting. For example, flicker can make moving gears or blades look slower or even stationary, and it has been associated with adverse health effects such as headaches, eye strain, and fatigue.

As the flicker frequency increases into the kilohertz range, around 2 kilohertz and higher, preliminary research suggests that “we can no longer detect it,” says Jim Benya, principal at Davis, Calif.–based Benya Burnett Consultancy. “It no longer becomes a problem.” Achieving these high frequencies with different sources, however, can be a problem.

All AC-powered sources flicker. In high-intensity discharge (HID) lamps, Benya says, flicker became patently obvious during the 1972 Olympic Games when photographers discovered that many of their pictures were pitch black “because they tried to take a very short exposure picture at exactly the wrong time, and the lights would be effectively off.” A three-phase lighting distribution system, in which adjacent sources are pulsed 120 degrees out of phase—such that one lamp is turning on while another is turning off, and a third is somewhere in between—solved the issue of flicker in stadium lighting.

Even the beloved incandescent lamp flickers. We don’t notice it, however, because thermal persistence, the same trait that makes incandescent lamps energy inefficient—about 90 percent of the electricity used is lost as heat—masks the effects of flicker. After the power is cut, the residual heat in the filament holds its glow until the next burst of power is delivered.

This isn’t the case for fluorescent lamps and LEDs, however. “These lighting sources react very quickly to power,” Benya says. “So when there’s no power, there’s no light.” In the 1990s, magnetically ballasted fluorescent lamps came under fire for their flicker. Manufacturers resolved the problem by moving to electronic ballasts, which operated the lamps above 20 kilohertz, well above the frequency at which people notice flicker.

Why Do LEDs Flicker?

When a new source comes to market, the issue of flicker bubbles to the surface. However, LEDs may oscillate in light output even more than incandescent or fluorescent lamps did, says PNNL’s Miller. Unlike HID or fluorescent, solid-state lighting is a direct current (DC) device, meaning that as long as constant current is supplied, the LED will illuminate without flicker, Benya says.

In the case of a simple LED circuit in which no constant current regulation is implemented vis-à-vis a driver, the LED’s brightness will vary in phase with the cycle of the alternating current. When a driver exists, it presents both a source and a solution. Rectifying the AC to DC conversion causes a ripple in the voltage and current output from the driver to the LED. This ripple typically occurs at twice the frequency of the incoming line voltage—120 hertz in the U.S. The LED output then correlates with the output waveform of the driver.

Dimming is the other primary cause of flicker. Conventional dimmers, such as TRIAC (meaning an electronic component that can conduct current in either direction) dimmers, modulate the current by extending the off time in the on–off cycle, reducing light output. Pulse width modulation (PWM) dims LEDs by turning them on and off at frequencies that ideally exceed 200 hertz. However, Benya says, “if you do PWM at a low enough frequency, such as our normal power line frequency, then once again, we’ve introduced a very high percentage of flicker.”

The key to mitigating flicker thus lies in the driver, which can eliminate the problem by supplying the LED with a constant, non-oscillating current. But manufacturers have to weigh several factors—cost, size, reliability, and efficiency—when choosing which driver to build into their products, says Mark McClear, vice president of applications engineering at Cree. The intended use of the luminaire also plays a role—flicker may be more tolerable in certain lighting scenarios than others—in ensuring that a product also isn’t overdesigned.

“Manufacturers are always trying to optimize what’s good enough for this application, and how we can make it acceptable from a flicker standpoint without driving the cost point up,” McClear says. A capacitor can help modulate the AC ripples from the driver to LED, but they, too, have shortcomings, Benya says. “They’re large … and they hate heat.” So, in a space that is often already too tight, such as in many LED replacement lamps, a capacitor won’t work.

For LEDs dimmed using PWM, manufacturers can modulate the current to a very high frequency exceeding several thousand hertz. This is similar to what electronic ballasts do for fluorescent lamps. The higher the desired frequency, however, the closer the driver and the LED physically need to be. “Unfortunately, a lot of people want to have a driver somewhat remote from their lighting system, so that isn’t always possible,” Benya says.

In an effort to simplify testing compatibility between dimmers and dimmable LED light engines (LLEs), the National Electrical Manufacturers Association (NEMA) issued NEMA SSL 7A-2013, Phase Cut Dimming for Solid State Lighting: Basic Compatibility, a guide for lighting product designers and manufacturers. Dimmers and LLEs that are compliant with the standard will thus be compatible with each other.

The standard represents a first for the industry, says Megan Hayes, a technical program manager at NEMA. Signed off on by 24 major manufacturers, SSL 7A aims “to get rid of matched-pair testing for lamps and dimmers,” she says. The catch is that the standard only applies to forward-looking technologies and does not, as the title would suggest, provide a method to “determine compatibility with existing products or the installed base of LLEs and phase-cut dimmers.”